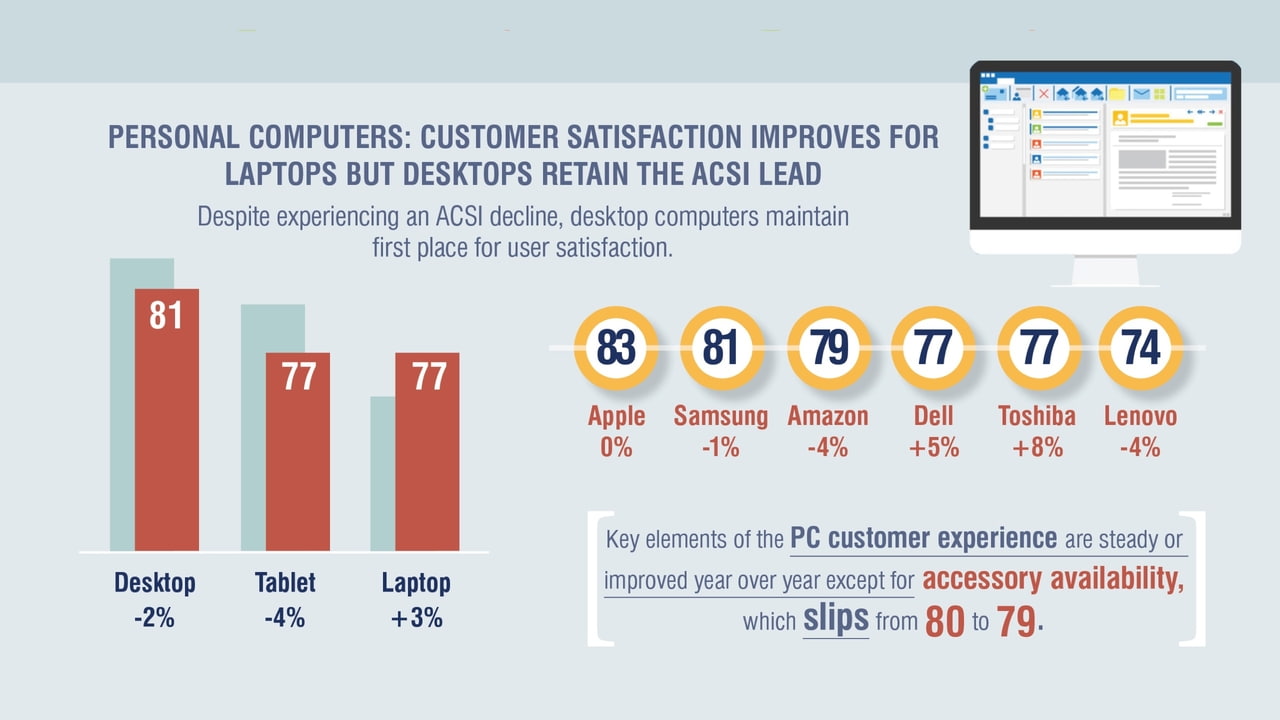 Apple's personal computers rank highest in customer satisfaction for the second year in a row, according to the latest report from the American Customer Satisfaction Index.
In the overall industry rankings, Apple stays on top for a second year with a stable and high ACSI score of 83, and its customers have by far the highest expectations. Despite a 1% downturn, Samsung keeps second place at 81 and no longer ties with Amazon, which falls much further. Amazon tumbles 4% to 79, just a point above the industry average. Among the three leaders, Apple demonstrates an advantage across all aspects of the customer experience, but it still lags both Samsung and Amazon for value.